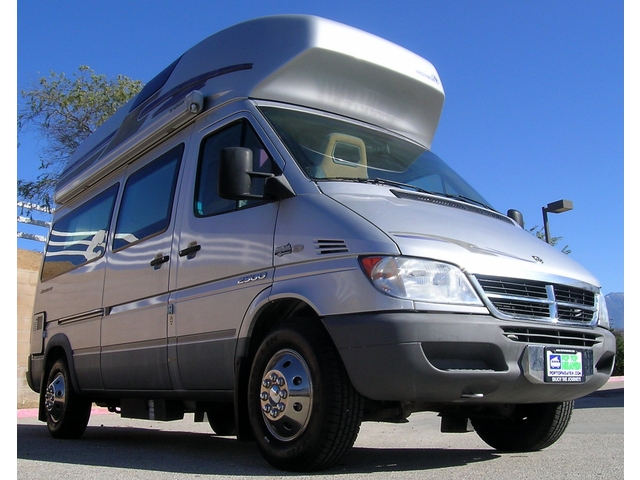 The unit is very low miles, with only 15K on the clock. Looks pretty clean in the photos – they have a bunch more pictures here:

There don’t appear to be any visible marks or scratches, and everything is in its place. There may be a rear-view camera installed. 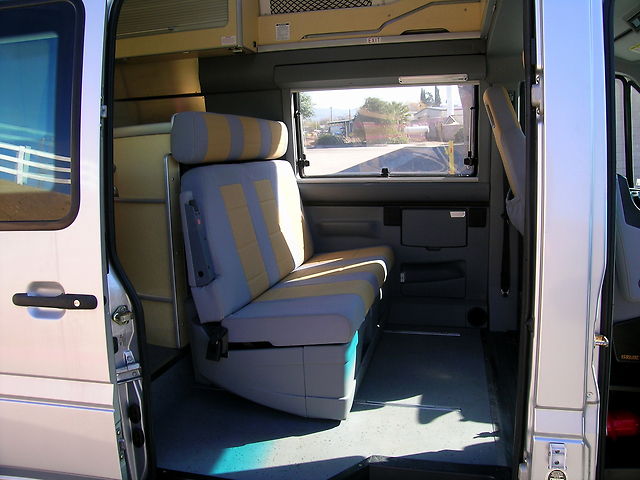 For what it’s worth, I bought my Westy from Poptop Heaven. It was a fairly easy transaction – there were a few hiccups, but they were willing to resolve them as best they could. An example: when I arrived, the van hadn’t been detailed as promised. They offered to have it done that day, but I’d flown in from San Francisco and needed to get on the road; I had it detailed when I got home, and they reimbursed me without delay. They mostly deal with VW poptops and Rialtos (campers built on a Eurovan chassis), but this is the third Airstream Westfalia I’ve seen from them (including mine) so it appears that they’re getting into these as well.

This entry was posted in for sale. Bookmark the permalink.

2 Responses to Airstream Sprinter Westfalia for sale in Yucaipa, CA