For posterity, here’s the service manual for the battery charger that’s installed in our Westies:

The info comes from OldFool / OldWest, who posts in the Yahoo group as well as on sprinter-source.com:

If you’re looking for the location of the charger in your van, it’s behind a metal plate in the cabinet under the kitchen sink.

Yesterday I posted up some info about replacement turbo resonators. I promised to find some information about the removal/installation process.

– Riordan’s site has their instruction page available. I’ve copied it over to this site for posterity: Directions for installing the Sprinter turbo resonator eliminator

By the way, here’s a picture of the stock turbo resonator on the right, and Riordan’s version on the left:

This one just came up on Ebay:

Buy it now for $53,995. It’s a very clean looking unit with only 33K miles on it, and missing nothing. I’ve only seen it in the photos on the ad, but it certainly looks like one of the cleanest I’ve seen. I’d say the price is very good for a unit in this shape, and it likely won’t last long.

I have no affiliation – I just post up any Westy that I come across for sale. 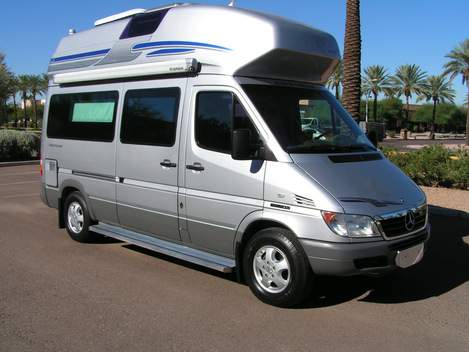 END_OF_DOCUMENT_TOKEN_TO_BE_REPLACED

The good folks in the sprinter_westfalia Yahoo! Group have been discussing turbo resonators (aka TBRs). Since the stock turbo resonator is known to fail under high loads, many replace them before they break. There are two aftermarket models available:

(part number SRE-06) is a popular one. It’s expensive (over $100) but can’t break in the same way as the originals (the originals, when they break, do so along a seam in the plastic). A drawback is that it doesn’t dampen the turbo whine like the original does, so the whine can be noticeably louder. Some also note extra vibration.

until it was mentioned in the group. Apparently, it’s a well-made plastic replacement, that may be reinforced on the plastic seam. At $30, it’s pretty cheap insurance.

Replacement is apparently about a 30 minute job. I’ll try and track down some instructions and post them up soon.

(And if you have a Sprinter Westfalia, be sure to join the Yahoo! group. It’s an incredible source of information, and it benefits from additional member participation.)

A reader of this blog is selling his low-miles Westy. Some info is below; contact Elwyn at [email removed] or [removed] for more information. 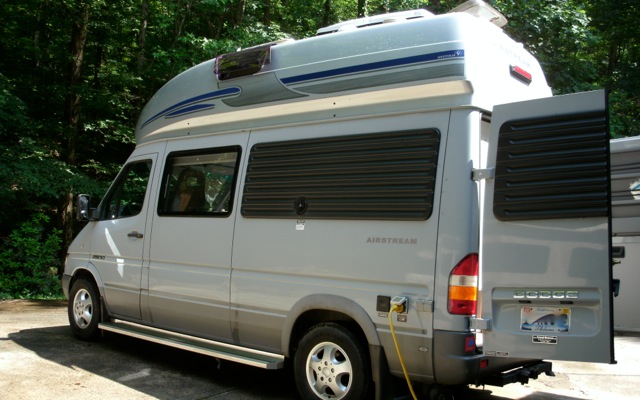